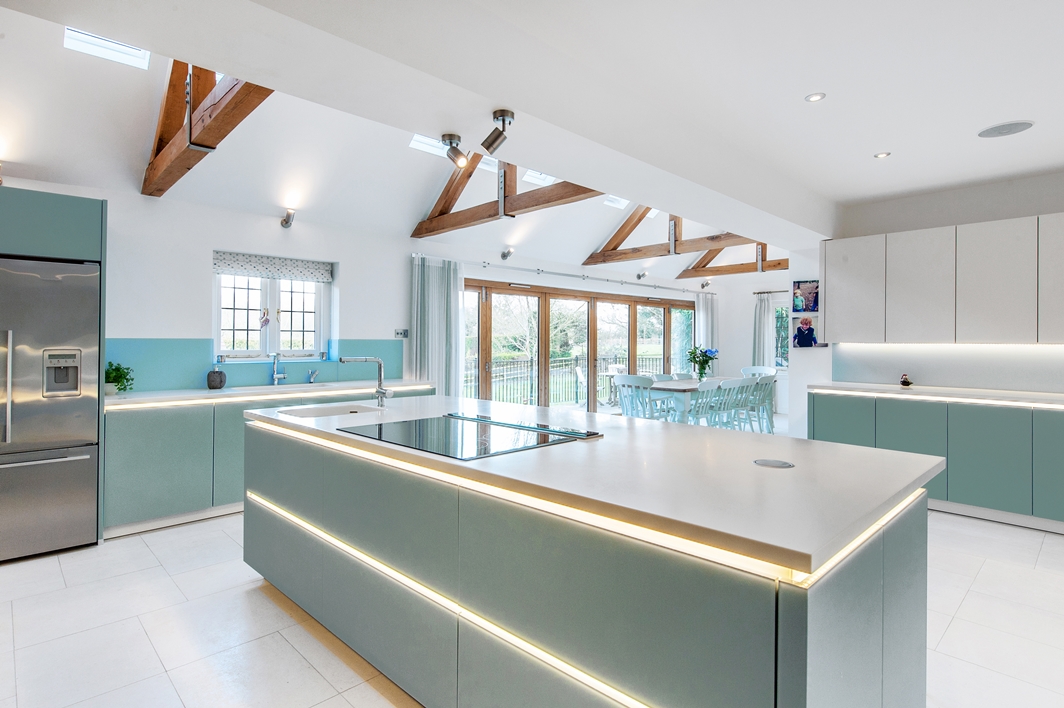 How do you organise a new kitchen in Hampshire when living abroad? Trust Hampshire Kitchens Limited with the project, that’s how.

Jane and Simon Liddiard’s Edwardian house in Hartley Wintney, Hampshire had been used as a pub until the 1970s and the subsequent conversion had not been well handled. When the Liddiards bought the property in 2011, it was a bit of a wreck. So, they decided to extend it, working backwards to create a large kitchen / diner and upwards to create a new bedroom suite in the loft. 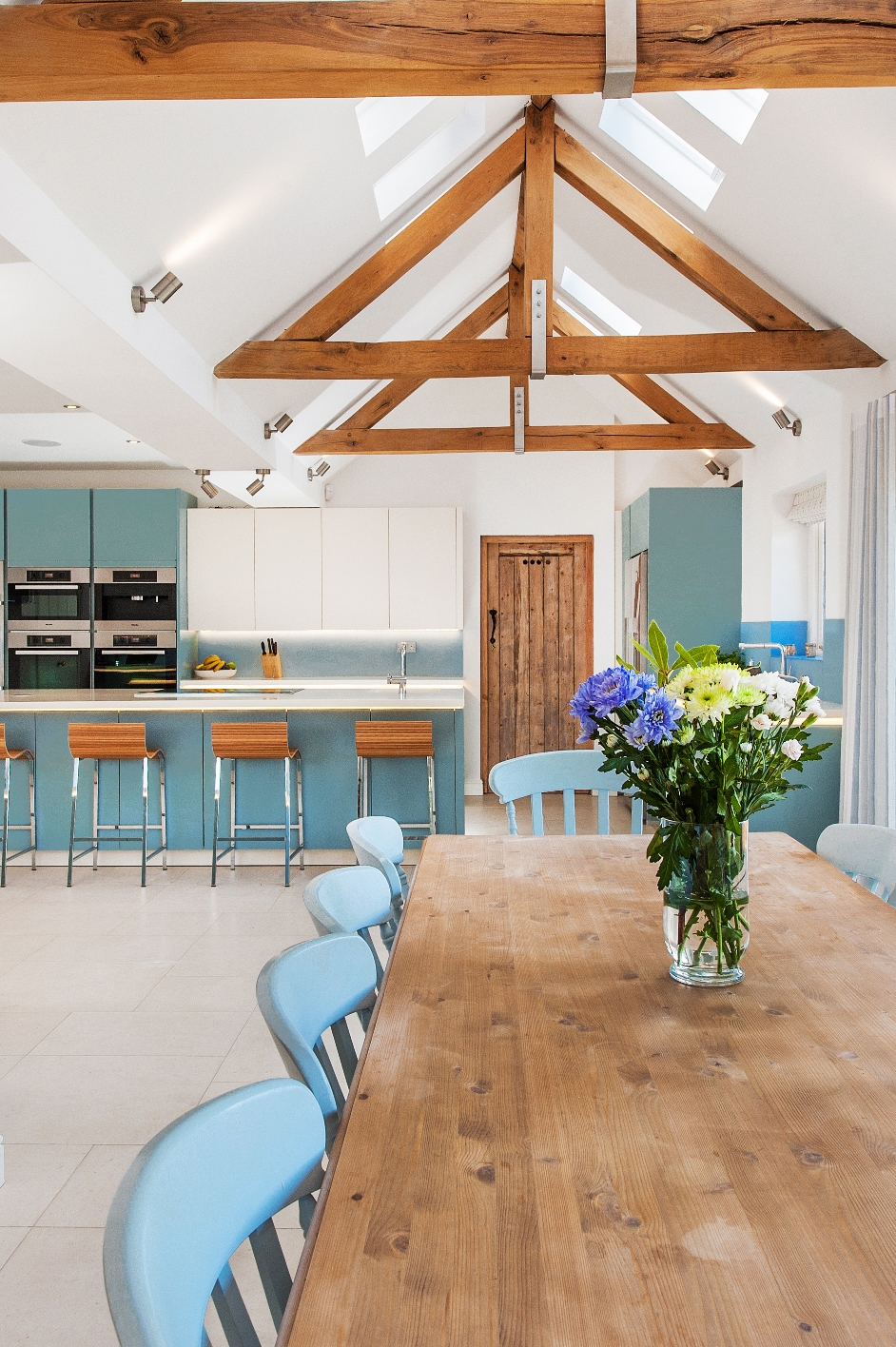 Only one problem. The couple were living in Indonesia so whoever was given the task of creating the new kitchen was also going to have to project manage its installation in their absence.

Jane and Simon had no hesitation in contacting Jerry Craven at Hampshire Kitchens Limited. After all, Jerry had designed and installed an ALNO kitchen in their previous cottage and they knew they wanted to use him again.

Jane says, “Jerry is excellent at detail; a real perfectionist and so meticulous. We knew we could rely on him completely, even though we were both abroad at the time.” 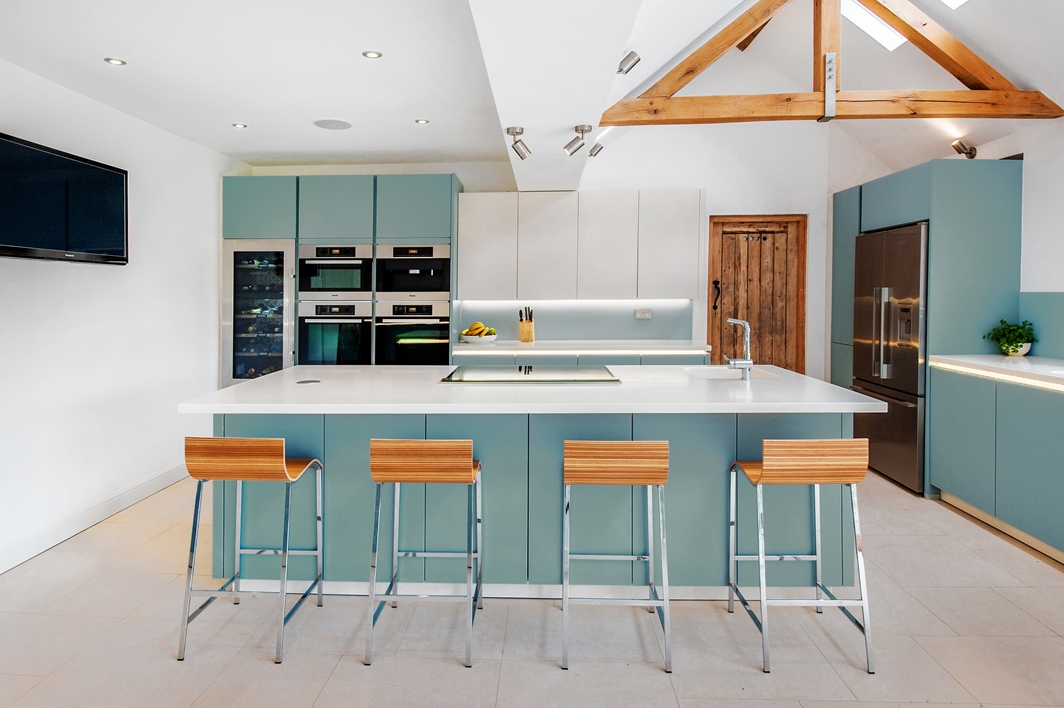 The Liddiards wanted to blend the old with the new in their kitchen, so they knew they wanted the grey/powder blue colours to dominate.

Simon visited Jerry at Hampshire Kitchens Limited where a sample of the kitchen was on display. Jane was still out of the country, so Simon picked the kitchen, although he emailed her photos so she had some idea of what it was going to be like. “It was a bit of a leap of faith on my part,” says Jane. “But the result is stunning. It not only looks good and is a pleasure to use, but it perfectly links the Edwardian part of the house with the new extension.”

While appearance was crucial, the kitchen had, above all, to function well. “Jerry knows how to plan kitchens so you don’t walk miles between things and the choice of appliances works well for us,” says Jane. Their previous experience with Miele appliances led to the Liddiards opting for that brand alongside a state of the art extractor fan from Caple that retracts into the island in their kitchen.

The induction hob is very fast and controllable so cooking is a doddle and the Caple extractor hood over the island means the cooking smells never penetrate the dining area.

“I like having the sink on the island and the corian surface is really good; because it is all one piece, it is so easy to keep clean. The Quooker tap is brilliant too: that’s Simon’s favourite; well, he does like his gadgets.”

Jerry managed the whole installation while the Liddiards prepared to move back from Indonesia. Jane concludes, “Jerry is always prepared to come back and sort details and little things out; he came back while we were abroad again to fit matching units in the utility room.”